Rabies is a viral disease of the brain that is deadly for both animals and humans.

Rabies is found in large parts of the world. Western Europe is free of rabies, but in Eastern Europe (countries of the former Eastern Bloc) it still occurs regularly. It is therefore always wary of animals imported from that region. All mammals can become infected with rabies, including humans.

The virus is present in the saliva and is mainly transmitted by biting or licking. Dogs (dog, fox, raccoon) become aggressive in case of a rabies infection. They will then bite and thus transmit the infection, also to humans. Also bats are regularly a source of infection for rabies. If they are infected, they have problems with flies and can bite people who come too close.

Infected dogs show aggression and restlessness. Other animal species, such as the cat, are more likely to become anxious, crawl away, frightened of light and sound or show signs of paralysis. The time between the moment of infection and the appearance of symptoms can vary from two weeks to several months. Symptoms in humans are different from those in animals. First, non-specific symptoms such as mild fever, general illness, headache, loss of appetite, sore throat, and nausea occur. Then there is increased irritability, hypersensitivity to light and loud sounds, abnormal feelings in the bitten part of the body such as pain, cold, itching and tingling. Fear of water also occurs. After that there is paralysis, coma and finally death.

Once there are symptoms, no more treatment is possible. In humans, the outbreak of symptoms can be prevented by vaccination within 48 hours after the infection.

Prevention is done by vaccination. Belgium is rabies free, so vaccination is not mandatory here. However, if the dog crosses the border, he must be vaccinated. It takes 3 weeks for the vaccine to be effective and it is valid for 3 years.

Questionnaire – Which dog suits me?

Questionnaire – How do I choose a breeder?

With the cooperation of: 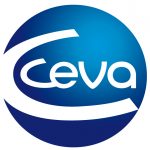